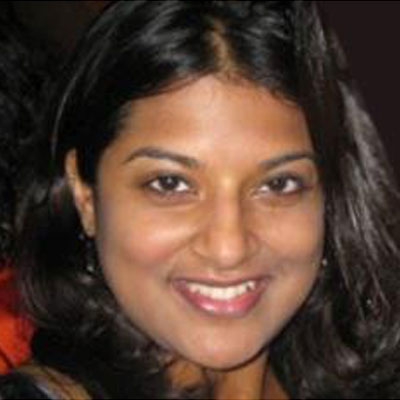 Dr. Amrita Basu is currently a Presidential Innovation Fellow at the White House. She came from Lockheed Martin as the Genomics and Computational Biology Lead. At Lockheed, she led an initiative to build a computational platform that can store, process, and analyze the millions of genomes that are collected for population-health studies in the United States and abroad. She also managed the clinical trials-genotype initiative, which led to productization of the toolkit. The scale of such projects enabled her to work with a wide range of collaborators in government, academia, and healthcare industries. Previously, she was at the Broad Institute of Harvard and MIT developing predictive modeling and visualization approaches for cancer drug discovery. She was involved in a large cancer cell line profiling project under the Cancer Target Discovery and Development network. She has authored many publications and has co-authored two book chapters.

Amrita holds a Bachelors degree in Electrical Engineering from Cornell University and a Ph.D. from Rockefeller University as part of the Tri-Institutional Computational Biology doctoral program. Amrita grew up in Maryland, but currently lives in San Francisco with her husband and son.