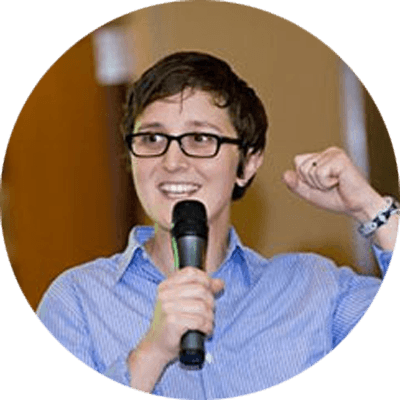 Hillary has been working to make government more accessible and available online for over 15 years, starting as a web designer for Arkansas.gov in 1997. In her most recent role as Director of Integrated Marketing for eGovernment provider NIC, Hillary helped NIC’s 29 state portals embrace new technology and concepts for a 21st century government. She speaks at events across the country, educating and evangelizing “government 2.0” and social networking best practices for government. In 2004, Hillary led the team that created MyPollingPlace.com – the first-ever nationwide polling place lookup site launched during the 2004 November general election. Hillary spends much of her free time on community-based movements such as BarCamp and Coworking, and has participated in or helped organize several government-focused unconferences: eDemocracyCamp, TranparencyCamp, Gov2.0Camp, CityCamp, etc. In 2008, after the passage of California’s Prop 8, she co-founded EqualityCamp – a pilot event bringing geeks who know the lessons of the web together with activists for marriage equality and LGBT equal rights. Her latest endeavor is Yes By Yes Yes (YxYY) a ‘geek retreat’ taking place this summer in Palm Springs. The event sold out in 48 hours and will bring 400 thinkers, futurists, nerds, and creatives together at the Ace Hotel for the ultimate experiment in planned serendipity.