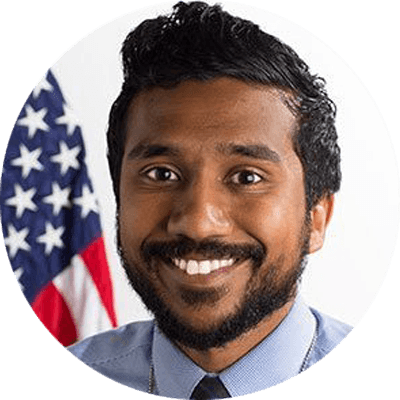 Ryan Panchadsaram was most recently the head of Customer & Product at Ginger.io, a spin-off from MIT Media Lab, using big data to transform health. He has been a Fellow at Rock Health, where his company Pipette was incubated and ultimately acquired by Ginger.io. He previously worked at Microsoft and Salesforce.com. While at Microsoft, Ryan was responsible for the user experience and design for Outlook for Mac 2011. During his time there, he filed multiple patents for innovations in geolocation, user interfaces, and large datasets. Ryan sits on the board of SeventyK, a young adult cancer advocacy group. A designer and engineer at heart, Ryan recently won first place in The Guardian & Google’s International 2012 Data Visualization Challenge. He graduated from University of California-Berkeley with a degree in Industrial Engineering and Operations Research. Ryan lives in San Francisco, CA with his fiancée and their Australian Shepherd.