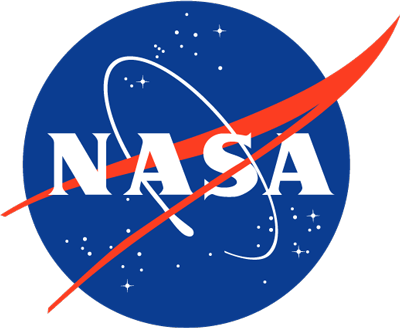 Citizen science can augment traditional scientific approaches for collecting and analyzing data for asteroids as well as other fields, but technical, policy and institutional barriers need to be addressed.

The Asteroid Grand Challenge is focused on finding all asteroids threats to human populations and knowing what to do about them. Estimates suggest that less than 10% of objects smaller than 300 meters in diameter have been discovered, and it will take a global effort with innovative solutions to accelerate the completion of the survey of potentially hazardous asteroids.

Dr. Lea Shanley worked in NASA Headquarters’ Office of the Chief Technologist on the Open Innovation team to design and guide open science and innovation research strategies for Earth and planetary science. On behalf of NASA’s Near-Earth Objects Observations Program (NEOO) and the President’s Asteroid Grand Challenge, Shanley conducted an extensive assessment of the data and software needs of the planetary science community for collecting and analyzing asteroid astrometry, photometry, and spectroscopy. She identified which data could be collected and analyzed by citizen scientists, but discovered that the existing data analysis software was complicated to use, even for professional astronomers.</p>

Shanley then designed and implemented the Citizen Science Asteroid Data, Education, and Tools (CADET) Program, a grant program offered through NASA’s Research Opportunities in Earth and Space Science (ROSES). The solicitation encouraged and supported the use of design thinking and agile software development for the creation of an open source, web-based application to empower students and amateur astronomers to determine the astrometry, photometry, and light curves of asteroids. Two applications resulted from this grant program, AstroKit and CosmoQuest’s Transient Tracker.

Before becoming a PIF, Dr. Shanley founded the U.S. Federal Crowdsourcing and Citizen Science Community of Practice (CCS), and through briefings with Senator Coon’s office, sparked draft legislation to address some of the challenges inhibiting effective use of citizen science by the federal government. While serving as a PIF, she worked to expand these efforts; she collaborated closely with the White House Office of Science and Technology Policy to mobilize 125 federal staff to build the Citizen Science Toolkit, which launched which CitizenScience.gov. The Toolkit provides an easy to use “how to” guide for designing and running projects.

In addition, she helped to shape the White House Memorandum on Crowdsourcing and Citizen Science, the citizen science section of the President’s Strategy for American Innovation, and other policies, and informed the development of the Crowdsourcing and Citizen Science Act (Sec. 402 of the American Innovation Competitiveness Act). The Memo encouraged agencies to inventory and provide easy access to information about federal citizen science projects through a searchable, online catalog. It also required each agency to designate a citizen science coordinator. Lastly, Dr. Shanley coordinated with the Citizen Science Association, SciStarter, and the federal citizen science community to put together a team that organized the first National Citizen Science Day with the goal of increasing public participation in scientific research around the country. Today more than 350 staff from 60+ federal organizations participate in the Federal CCS.